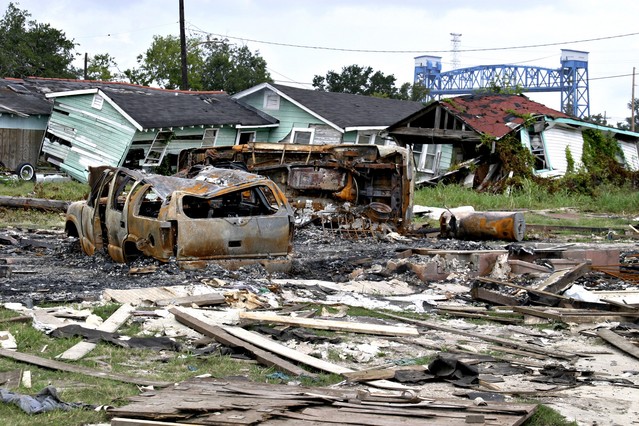 Panel Title: “A Sense of Place in the Literary Mapping of the Changing US South”

The purpose of this panel is to explore the interplay between the human and the non-human in the literature of the American South. It will open up for papers that take a look at how these interrelations have found literary expression in the past, but also at some of the more recent re-articulations of the southern human-nature relationship that can be seen in for example post-Katrina literature, and even more recently in literary responses to the Deepwater Horizon oil catastrophe. Thus it is to be hoped that our panel will trace how literary iterations of southern identities have been inflected by the land as well as changes to the land.

From life on the plantation and its pastoral echoes, to the establishment of cities that defied their natural circumstances, the taming of the Mississippi, its offshore oil boom, the accelerating erosion of crucial coastal wetland, the life-ways of southern communities have often been characterized by intensities and dependencies when it comes to the human-nature binary. These interactions with nature have left their mark on a wide variety of literature, and this panel invites papers that reflect on this rich literary diversity from past to present. The idea that southern literature is grounded in a “sense of place” has often been taken for granted, but questions about the significance of that sense of place and the mutualistic interplay between people and place have either been troubling or gone unacknowledged, particularly when linked with the idea of southern “regionalism.” In an age when southern places have become less identifiably southern, the link between the geographical and the qualitative components of southern literature must be looked into.

This panel invites papers on the following topics and welcomes other themes related to:

Can human-nature relations and sense of place be revised indefinitely as markers of southern literary identity?
Why are these still so pervasive in the age of globalization, when regional distinctiveness seems to dissolve in favor of homogeneity?
How do changes to the land and the natural world affect the southern mind and define the southerner’s place in his/her environment?

Guidelines for participants can be found by following this link: http://www.saasweb.org/PANEL14.html