Summary of the 11th EASLCE Webinar: Ecological Immunity and Biopolitics in the Anthropocene with Hannes Bergthaller 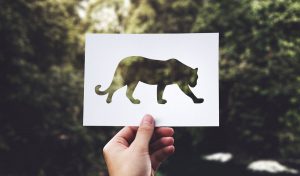 On December 11th, 2017, Dr. Hannes Bergthaller hosted the 11th EASLCE webinar on “Ecological Immunity and Biopolitics in the Anthropocene”. Four ecocritics from four different countries were present at the webinar. Unfortunate technical difficulties precluded some registered participants from attending the webinar, but a useful discussion took place nevertheless.

The webinar opened with Dr. Bergthaller outlining the concepts of “ecological immunity” and “biopolitics,” both in his own usage and in that of the likes of Roberto Esposito and Peter Sloterdijk.

After the initial introduction, the floor was opened to a wide-ranging conversation on questions such as

On the whole, the beneficial discussion revealed how ecological immunity, by acknowledging the occasional benefits of being isolated from parts of the environment, can offer both critical as well as complimentary viewpoints on contemporary ecocritical issues. As in previous webinars, “real world” issues and ethical considerations relating to ecological immunity were also discussed, especially towards the end of the webinar.